The first day we’ve moved to our new office, we discovered that there is a construction site right next to it.

— What if developing software project is pretty similar to what workers do at construction site?… Let’s compare developing crypto-wallet and house development! — these were the first words we heard from our CEO Vadim Makovsky that day.

— Let’s starts a challenge: who is the first to close the project? Will developers manage to sell apartments to people before we release final version of Multy? — commented on Vadim.

At this stage, developers determine the availability of necessary communications and infrastructures.

As for us, mobile developers, this stage implies choosing the best idea of the future project – basis on which the project will be “built”. Developers should also answer such questions as follow: are there similar projects on the market? What is good/interesting/useful and not very good about them? Is there a so-called “infrastructure” for idea’s implementation and functioning?

Roughly speaking, who needs a stand-alone crypto-wallet with no blockchain and cryptocurrency backing it? Truth is – there are many blockchains and cryptocurrencies already, and new ones emerge every day. But there is a deficit ofhigh-qualityy mobile wallet applications for those.

Builders made their decision to build a high-rise in front of our windows, we decided to develop a super crypto-wallet.

Experts determine whether it is possible to build anything on this spot, taking into account properties of soil, relief, etc., choose construction technologies and construction materials.

We’ve built our own expertise and participated in Imaguru Blockchain Hackathon with an idea of cryptocurrency wallet (“tested the soil”). And we actually won it, with positive feedback from experts and gained investments from Cyber Fund.  Problem of “material for development” was solved as well.

In 48 hours we’ve developed 2 usable prototypes of mobile applications for iOS and Android platforms, capable of displaying balances in BTC, ETH, Golos and send/receive transfer value from one account to another. Vadim claimed apps worked on “crutches”, but still it worked, right?

Builders inspected the soil and technologies too.

At this step developers design the house plan, appearance, burden on the foundation and assess plan for further development of the area. And it looks like our competitors figured all that out just fine, since they started digging a huge hole right in front of our office.

And what have we done?

We did a great job hunting bright minds to complement existing team. Did market analysis: determined competitors, studied up and downsides of existing products, thought over the future killer features of Multy. It means we described plans for future development of our app!

During that stage we:

Current score: we are even 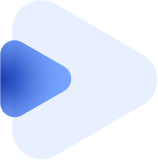